There was a sleeping sick mama, and a teenage boy gleefully collecting the eggs that had magically appeared in the night, and a sleeping papa in the basement (hiding from the germs of the sleeping sick mama), and then there was a very loud noise.
A big *BOOM* that filled the tiny house with a terrible burning oil and metal smell.
Rest in Peace, Blapplegate Family Furnace.

‪#‎thecurse‬
The Curse Lives On.
I will not say “worst spring break ever” because The Curse is real. The Curse is mighty. I don’t want to tempt or challenge The Curse.
So,
No one died. The house did not burn down. Warm spring weather is on the way, so we have a long season to figure out what to do about the oil tank (WHICH WE JUST REFILLED LAST WEEK!!)
We still have a home.
I feel well enough that I think I can go to work as scheduled tomorrow, for an important quarterly Breast-Prostate-Lung cancer meeting.
My boy is growing up with two parents who love each other, and support each other through quite literally, Sickness & Health, Richer, Poorer, etc.

My work and my patients constantly provide me with much needed perspective: this week has been a *Cluster* of frustration and disappointment, and yet, I can still keep putting colored pieces of paper with happy thoughts and words of gratitude into my jar. 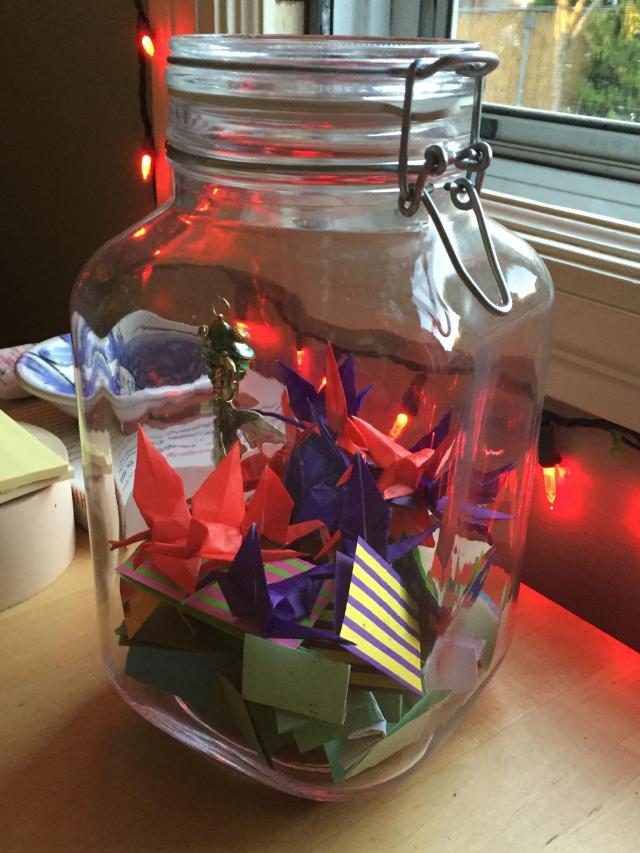 The funny thing, if we can call it that, is that this episode plays into a battle I’ve been having with my home and the other inhabitants of said home.

At age 46, and on constant immunosuppressive therapy that throws my body permanently out of whack, I’ve been entering into *Peri-menopause* over the last year or so.

This is no fun. No fun whatsoever, for anyone involved.

We live in a teeny 1930s SE Portland home, which normally I bitch about due to the lack of a dishwasher. This year though, our son is a sophomore in high school, and we’ve entered into a new phase of uncomfortably-crowded home life.

Worst are the weekday mornings, when the large man-child is taking longer showers, wanting more grooming time in general, and also wanting to turn up the heater on cold mornings.

Typical mornings involve us fighting for the shower, and me getting so overheated after my shower, that even with the window flung wide open, I’m sweating so much I can’t get my clothes on. 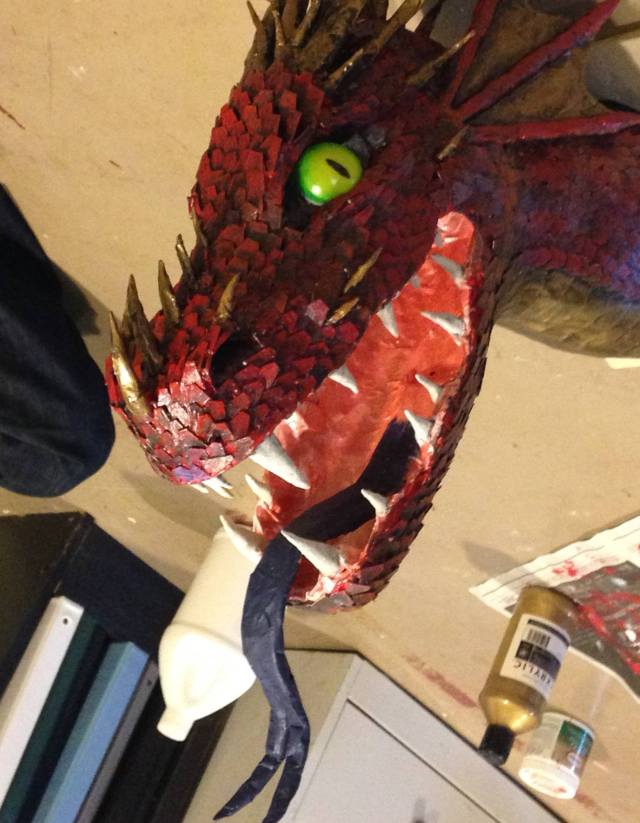 (Photo of a dragon my son made in the basement a few years ago… a prescient creation.)

This blog was originally going to have one of three possible titles:

* The spider in my gym shorts, or
* The Unexpected Visitor in my Asscrack, or
* Charlotte, Take Your Web Elsewhere
… or somesuch.

The heat in the mornings, paired with a 30+ weight gain, started to become too much for me. I had taken to packing my lunch while Harrison was in the shower, gathering up my work things by the door, and taking a quick shower with the bathroom window open.
I would still be sweating, running around the house trying to get myself out the door, screaming, “It’s a fucking INFERNO in here.”
And often, “You two are trying to kill me!”

I would throw on a tank top over whatever pants or skirt I had uncomfortably pulled over my sweaty lower side, and throw extra, slightly more professional clothes to put on after I had cooled off on the drive to my office at the hospital.

This got to the point where it was simply not working anymore, so I rejoined a gym that is only about a half mile from our house.

For the first few weeks it was great: a quick bit of exercise to work on the weight problem, unlimited water (as hot or cold as I wanted), AND clean towels that someone else had to wash.

And yet, somehow, the other aspects of my fatigue, and stress, and general lack of organization, led to a new problem: I was gradually turning my car into a 2nd home… a 2nd home for clothing, that is.

There were gym shoes, and flip flops for the gym shower, and work clothes, and “cool down clothes” and well, you get the idea.

Some days I would walk to the gym, and then quickly swap out gym clothes for nice work clothes in our basement, and other days I would be in a rush to get to an 0700 meeting, so I’d just do my best to pack for the day, and throw unlimited options for both gym and work into my car.

And then, came The Day of The Spider. 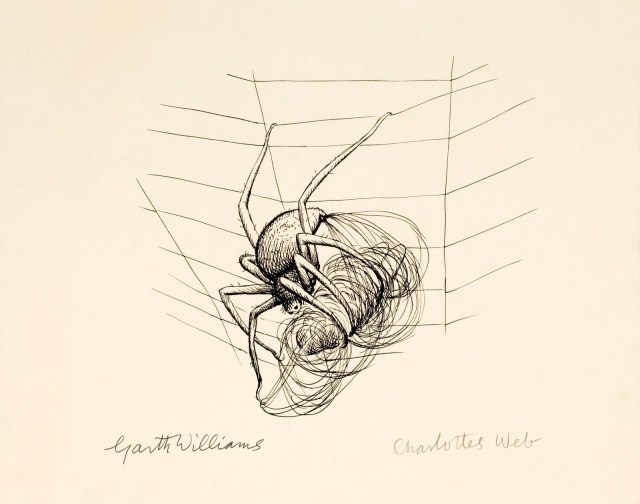 I woke up early, gave the dog a spin around the block in my pajamas (don’t judge), and then drove to the gym. I threw on some running shorts in the dressing room, and hopped on the treadmill.

I had just started running when I felt it: a little pinch between my butt cheeks.

Odd, I thought to myself, and kept running. For a moment. Then, again, a distinct movement. In. My. Asscrack.

I turned off the treadmill, and ran to the bathroom. I’ll spare you the details. Other than to say that ever since I read Barbara Kingsolver’s Prodigal Summer in 2000 when I was pregnant with my son, I have tried very hard to live in harmony with all creatures, and not kill spiders.

I have actually come a long way with spiders, overcoming my terror of them, and even learning how to gently collect them with a cup and a piece of paper and move them from our house to my husband’s garden.

So, perhaps you can imagine my horror: sweaty, needing to get to work, in a 24-Hour Fitness bathroom with my shorts down around my ankles and a squished spider on a fragment of cheap toilet paper.

It just really was not ok. No part of that was ok.

Now, here it is, Easter. I’ve spent the last weekend of my son’s spring break lying in bed, intermittently febrile, then cold and shaky from a nasty virus. And then our Dragon in the basement does this.

So here’s to spring. And tax returns. And hopefully a repair that doesn’t completely destroy us financially. And open windows. And spiders steering clear of my gym shorts.

(Photo of more HH artwork. This one made for some visiting younger kiddos last summer.)