The beautiful thing about the kind of Feminism that I was raised around in the Bay Area of the 1970s and 1980s, was that it was truly a creation, a meld, of what all the mothers, grandmothers, college students, college professors, housewives, business owners and civic leaders wanted it to be. My friends’ mothers, my teachers and our neighbors wove a Carole King-esque tapestry that shaped the Feminista that I am today.

Both the women that I knew in person, and the female public figures that were held in high esteem by my mother’s peers added to the richness of that societal tapestry. Notable women that come to mind when I think of  my childhood (in no particular order) include:

Now I know that Julia Child would figure prominently into similar lists that might be drawn up by many of my peers, but this was part of what was unique about my mother’s brand of Feminism. She prided herself on not knowing how to cook. Or bake. Or type.

To clarify, she would cook enough to feed (physically sustain) herself and her 2 kids. And she could type well enough to submit papers for a bachelor’s degree, a master’s degree, and two-thirds of a Cal Berkeley PhD program. But she had her standards about the type of women she was interested in emulating. Lilias was often on our TV, but honestly, Julia never was.

The only reason that Alice Waters made the list was because she was such a force in the community I grew up in. Many of my Berkeley High School friends aspired to jobs as sous chefs, servers, or even bussers at Chez Panisse. Oh, and many of us had Chez Panisse posters on our walls. Because, you know, David Lance Goines. I digress.

But back to what I actually was fed… I would be hard pressed to tell you which was my favorite meal growing up, but it looked something like this:

Or maybe this next one, as I could never decide which I loved best: the apple cake cobbler, or the chocolate cake…

In all fairness, my parents were divorced in the early 70s, and my dad lived  on the other side of the Bay. So I was raised by a single mother who was always either teaching math, science, or computer classes at one of the local community colleges, or working on her own PhD program coursework.

When my mother did cook, she came up with stubbornly creative One-Pot Wonders such as her infamous “clean out the refrigerator soup.”
I shit you not. She would pick up some onerous grain (bulgar, millet) that she found at the Berkeley Co-op. Then she would take all the near-empty bottles and jars of things such as ketchup, soy sauce, and grape jelly out from the fridge. She’d line them up and pour hot water into each, recap, rinse, and dump into the soup pot. Some type of vegetables were involved; a few carrots, an onion.

I take a lot of teasing for my own lack of skills in the kitchen. For my senior year of high school I left Berkeley and went to a Quaker boarding school in the foothills of the Sierra Nevadas. We slept in A-frame cabins with electricity but no plumbing. Students all participated in a cooperative work-job program. We took turns chopping wood, cleaning classrooms and public areas, doing meal prep and cleanup. My first work shift was meal prep for the communal dining hall. I was handed a garlic press, and told to “go do the garlic.”

“Do the garlic.”
I still feel my face flush with embarrassment when I think back on this confusing moment. I knew what garlic was… it was the powdered granules  that were pinched and tossed into Refrigerator Soup. Or sprinkled over butter on the boxed Idaho Spuds. Right?
But this curious metal torture device… what in the world was I expected to do with that? 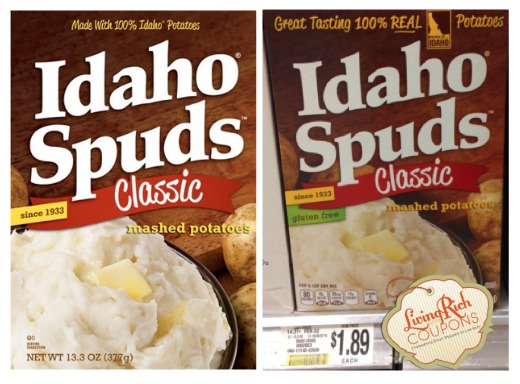 *Note: you can tell this is not a box from my Berkeley teen years. Photo on the right proudly states “Since 1933 – gluten free.”
No one, not even the Berkeley Feminista Mamas, nor the Quaker boarding school kitchen crew gave a shit about gluten. And whoever was eating powdered boxed Spuds in 1933… I’ll wager they weren’t overly concerned about gluten during the nadir of the Great Depression, either.

But surely I’m not the only person who had busy or absent parents and was subsequently raised on frozen, canned, or boxed foods.
I wonder what the 15 women on my list ate, and/or fed their kids (the ones that had kids). How did bringing about gender equality affect the look of their pantries and dinner tables? 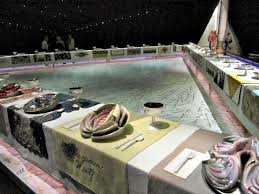 Join 270 other subscribers
I'm Too Stupid to Travel