Alternate title:
“Further, yet unneeded proof that I have no skills, or natural aptitude for Trauma Nursing”

Portland’s biggest snowstorm in many a moon started off as a super fun event for our little household.
We had invited a few friends over for a community meal, knowing that some snow was on the way, but having no idea what would actually develop.

It became clear once we hit about 4 inches of fluffy white that Cleveland High School would not be open the following day, and so HH and three of his best pals headed out into the wintry wonderland of SE Brooklyn neighborhood.

Eloise, on the right with the magnificent cape, lives close to us, and her dad was able to swing by and get her.
HH’s beautiful blue-haired girlfriend, and her BF in the rabbit fur Elmer Fudd hat, live a bit further out, and opted to spend the night in our basement.

The next day, HH woke up not feeling top-notch, but it was about one of the most beautiful days we’ve seen in forever, and much fun was had.
As my father-in-law would say… too much fun. 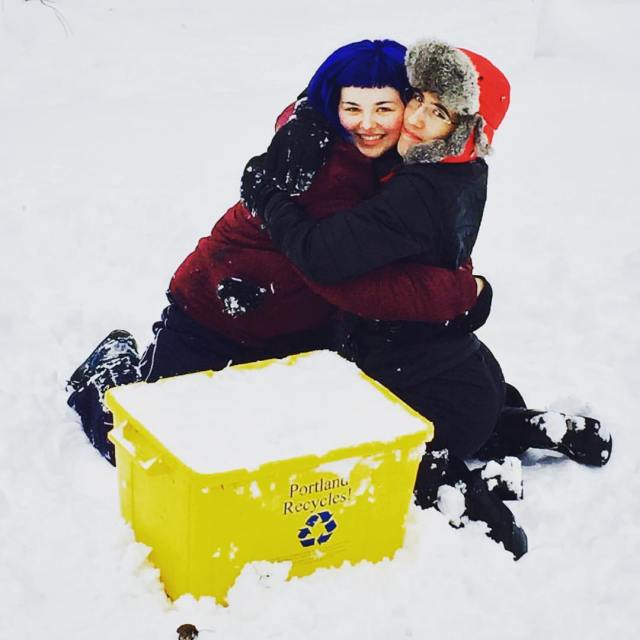 I knew that HH didn’t feel well, but I didn’t know he was starting to run a fever, and he was having such a blast with these two snow nymphs, we just let them enjoy their day.

Later, the fever got higher, and he started complaining of dizziness and mild nausea. His equilibrium was off. I did what any mom, nurse, or mom-nurse would do. Fluids, bedrest, alternating Tylenol and Ibuprofen, more fluids.

And then there was a stretch where the house was quiet. I was napping down in our basement. HH was napping in his room, Mr. Blitch, also napping, in the bedroom directly across the hall from HH’s room.

From what we can all remember now, HH woke his dad up, saying he felt like he might throw up. He asked his dad to go get him some cold water. Mr. Blitch went to the kitchen to wash his hands and get the water, HH went into the bathroom, where he passed out and fell. His fall shook the house, and I woke up disoriented in the basement directly below.

All I remember is my husband calling for HH, then calling more frantically as he wasn’t getting a response. Finally, he yelled for me, and all I could hear was the terror in his voice. 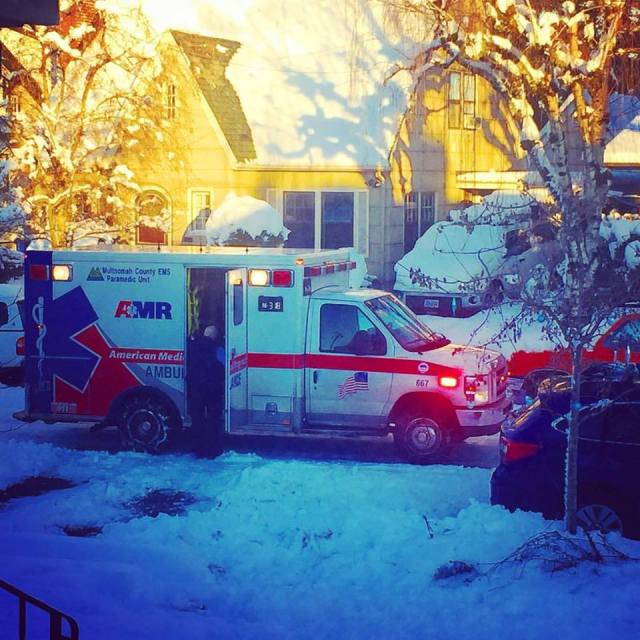 Harrison is ok. We are all still trying to calm down, and we keep repeating it like a mantra, to ourselves and to him. Harrison is ok. It’s a bad virus. He passed out. He is OK.

My husband’s words today, as he processes what he experienced: There is this feeling of holding my son lifeless with his eyes rolled back in his head and not responding that I’m having a hard time shaking… he is mending and will be better soon enough. The love for my son ran over me like a high tide covering the beach. Parenting is hard work! Thank you to all that came to help, called, commented and sent love. I am so grateful.

Much of the last year of my life has involved caring for my elderly father. There were two bad falls for him too. His 83 year old body has not fared as well as our son’s 16 year old body.

I’m not sure what I’m feeling right now. I still hear my husband’s voice: he thought his son was dead. Our son. He’s not. He will be just fine.

Our Mantra: Our son will be ok.

We hold him tight, and we never take a moment for granted.