So many people are still shaking their heads in disbelief about the outcome of the election.
So many articles about the how~why?! of the now reality of a President-elect Trump.
For some of us, the horror and dismay are just as palpable, but the mystery is just not there.
You see, I’ve spent my whole life in private battle with my father, a consummate Trump supporter in the making.
I was fortunate to grow up in the liberal bubble of the Berkeley & San Francsico Bay Area. But my father was born in Nebraska in 1933, during The Great Depression. Poverty brought his parents to the West; he grew up in a small town outside of Eugene, Oregon. An unincorporated community, actually. There was a general store, gas station, a post office.

I learned a dark family secret 2 years ago, right before my aunt and uncle both died.
My grandfather, my dad and uncle’s father, had a previous wife before he married my grandmother.
That, is not the horrible secret.
The first wife had a son in 1929, my father’s half-brother. Myron.
Myron was a lovely person, he lived a long, wonderful life.
Myron’s mother became pregnant again in 1930. The family was living in Bonesteel, South Dakota. They were destitute.
In desperation, feeling that she had no options, she gave herself an abortion.
At home.
With a coat hanger.
She died not long after from sepsis.

My grandfather remarried, and my uncle was born there in Bonesteel. My grandparents then moved to a small farming community in Allen, Nebraska, where my dad, and my aunt were born in quick succession.
Struggling in Nebraska, the family relocated to Marcola, Oregon.
The brothers both graduated from high school in the late 1940s, and having no real job opportunities, enlisted in the army soon afterwards.

Both brothers served terms in Korea, came home unscathed, and then were able to attend college with the financial assistance of the GI Bill.
At one time in their lives, they were teenagers who each had one pair of jeans to last through a year in high school. They worked as loggers during the summers, and without the benefit offered via the U.S. Department of Veterans Affairs, neither one would have been likely to attain university diplomas.

Here’s my father Bob, on his graduation day from OSU. (GO BEAVS!) 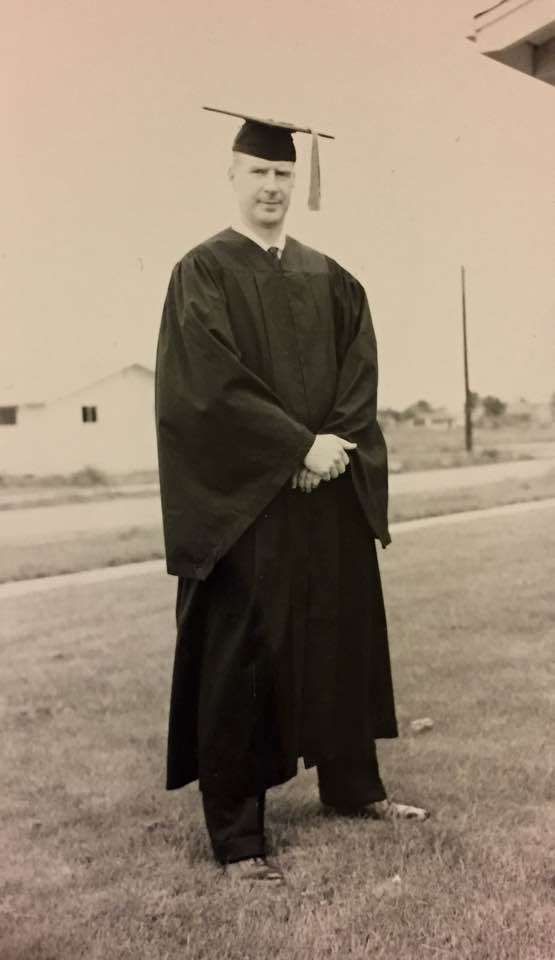 The ill-fated romance of my parents began one summer on the OSU campus.

My mother’s future in-laws perceived her to be an overeducated liberal (keyword I learned early on in my life: Anti-intellectualism). She was already in possession of an economics degree from a small east coast liberal arts college. She was taking post-grad classes towards a masters degree in biology.
My maternal grandfather, a retired army engineer, was teaching at OSU when the families eventually met. The contrast between my two sets of grandparents could not have been more stark.
However, despite displeasure and concerns from both sides, my parents decided to marry.

Bob took a job with the US Forest Service. My parents moved first to Lakeview, OR, then to Roseburg.
Here is Bob (far left) with the mid-1960s Roseburg Forest Service gang. The women’s hairstyles are amazing, I think.

My only sibling, my elder brother, was born in Roseburg in 1965.
He came out as openly gay when he was in high school. Fortunately for him, we had moved to the Bay Area when we were young.
I say “fortunately,” in all seriousness, because I firmly believe that being a gay youth in rural Oregon during the height of the AIDS epidemic would have been no joking matter.

My parents had divorced in 1975. My brother and I lived primarily with our mother, who ferociously advocated for him from the day he came out to her.
Bob, on the other hand, has never been able to accept or even show basic kindness to my brother. It makes my heart sick, and has been the source of much of our family’s discord for as long as I can remember.

I have often characterized my lifetime of arguments with Bob as our “Archie Bunker ~ Sally Struthers” relationship. 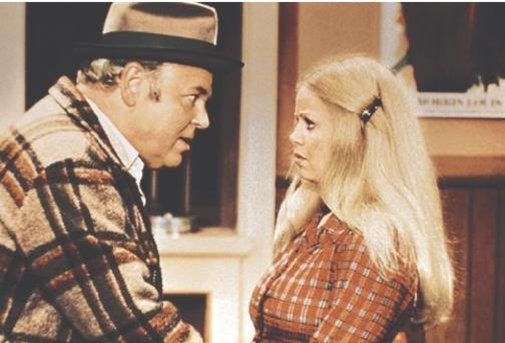 When I left the Bay Area for college, I headed north to Humboldt State University.
While my father was well into his 3rd decade with the US Forest Service, I joined the Humboldt chapter of Earth First!
It is quite possible that I may have dated an eco-terrorist who blew up a tractor or logging truck. I’m not naming names. It was a long time ago.
Needless to say, Bob and I have not seen eye to eye politically very often. Ever. Not ever. But we have somehow managed to stay close, despite our differences.

Bob is now 83. I am the sole surviving person in his life who he has not yet turned away, nor driven away with his intolerance and ungracious demeanor.

Which brings us back to the matter at hand: Trump.

I know I am far from being the only person who is trying to navigate the maintenance of a close relationship with a family member who I feel has politically betrayed me.

For me, the question is not “How could Trump have won the election?”
I know too damn well.
People like my father might, just might, have been persuaded to cast a vote for Bernie Sanders. But for someone who never embraced an Obama presidency, what looked like a premature victory lap from Clinton in the last days of the campaign was unacceptable.

The question I am faced with, is how do I care for an elderly man who I feel has turned his back on all the principles of decency that I hold sacred?

A snippet from my past week; I had taken a day off work to drive my father to medical appointments:

I make no excuses, I do not tolerate hateful speech from my father, or anyone else.

And, AND, we must find a way to continue to coexist.

For now, I will move forward by having the hard conversations that have to happen.

Women dying from unsafe abortions is a none-too-distant reality. I will continue to remind my father, and others like him, that none of us are too many degrees of separation from such a tragedy.

The hate crime that a man like my father does not think has anything to do with him, is in reality only a shadow away.
Matthew Shepard could just as easily have been a member of our family.

Silence is not an option.
#onward

One thought on “Daughter of an Angry White Male”