There comes a time, in every caregiver’s life…
When one might be butt-clenching mad, or cry a river of tears in frustration or rage.
But the disbelief and shock has set in, and there is just a vague heaviness, a bit of numbness.
I reached that point at O2oo this morning.
There was an oral surgery: our son had all 4 of his wisdom teeth out yesterday. My husband tended to the boy, and to the dysfunctional bathroom in our 1 bathroom home.
I meanwhile tried a day at work, leaving my dad to call appropriately to the staff caregivers at his temporary Assisted Living.
He got a bit confused as the day went on. He refused his escort down for the 1700 meal, thinking that I would arrive to be there for him. He “may” have “somehow” gotten his arm pinned as the elevator door shut (?).
“Was someone with you, dad?”
“Yes, one of my “Escorts” … There was a report made to the Med Room.”
Oh, well, then. I see. 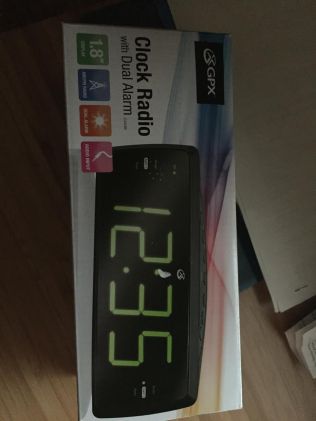 I stopped by my home to see my kiddo after work. There was no running water, and it was time to change his bloody gauze. We didn’t have his pain meds, because I mistakenly told Mr. Blitch that he could get the Rx filled at Walgreens or WhereEverTheHell…. Turns out that due to my workplace provided insurance, the Rx had to be filled at a “%8#@+ Health System” pharmacy. Apothecary. Whatever. What~Ever.
The places that we could fill his Rx were 20 to 45 minute drive times from our home during afternoon traffic. And they closed at 1800.
So, I made the hard choice to not spend another NOC shift on the floor of my father’s Assisted Living apartment. I was willing to spend the evening with him. But I wanted, I needed, to be home with my son and husband.
Before I went back to my home, I helped Bob get his face shaved, which has become one of the focal points of his independence.
I recharged the battery on his cardiac monitor. I helped him take off his Ted Hose. I placed am alarm clock and his cell phone, and his pull string for his Call Light, all where they could be easily seen and accessed.
He had his additional Alert Necklace in place, and a schedule of check in times with the staff.
On my way home, I stopped and purchased another alarm clock for myself, as I had had An Unfortunate Incident recently where my iPhone pooped out in the night, and I overslept.
I left the new alarm in the box, because…. I don’t know. I was too tired, and I had just been sent a new replacement phone, and I thought it would be ok.
I was to get up at Midnight to give our son his mega-dose of Ibuprofen. Mr. Blitch, who I hadn’t slept in the same room with for a week, set his alarm for the o6OO dose.
I put my CPAP on about 2200, and conked out.
O200 rolls around, and Mr. Blitch wakes up. “Honey,” he says, “did you get up and give Harrison his meds?”
No. Nope. Harrison’s mom, the Oncology RN, who worked 12 hour NOC shifts for over 3 years… did not.
The phone apparently died again. Above, you see the alarm clock I purchased, still in its box.
I guess it’s like the lottery: “You’ve gotta play to win.”
I’m supposed to call my dad at o7OO. To make sure he made it through the night without me.
Then, I will stop by with the new Dry-Erase calendar I bought for him.
I will record a set of Orthostatic vitals, so I will have my own set for our weekly check in with his PCP. I will make sure his meds are organized for the day.
And I will try to go to work. I have my FMLA set up, I can use it again if I need to.
There will be weekly follow-up appointments for my dad, he’s on a heart monitor for 3o days. 30 days, at least.
My brother checked in with me yesterday. That was huge.
I have my People. I have my people that call and text at random points in the day. (Thank you.)
I have my Emergency Person in Berkeley, who I know sleeps rarely, and can talk me Off The Ledge at any time, day or night.
And I have Shane. Thank you, Mr. Blitch.
Wish us luck.

Join 270 other subscribers
I'm Too Stupid to Travel