April in the Blapplegate House got off to a lovely start. Harrison, aka Project Boy, has been hard at work in the woodcrafting studio he and Mr. Blitch have been sharing. We had a collection of ragtag succulents in plastic containers in the kitchen windowsill, and HH decided to whip up this wooden planter box. (Now I despise doing dishes just a little bit less, because I can gaze at his handiwork whilst I toil.)
*Note: Mr. Blitch does greater than 75% of the dishes, and most all of the cooking. I think we share an equal level of disdain for dishwashing.

April Fools Day marked some significant anniversaries for our family: 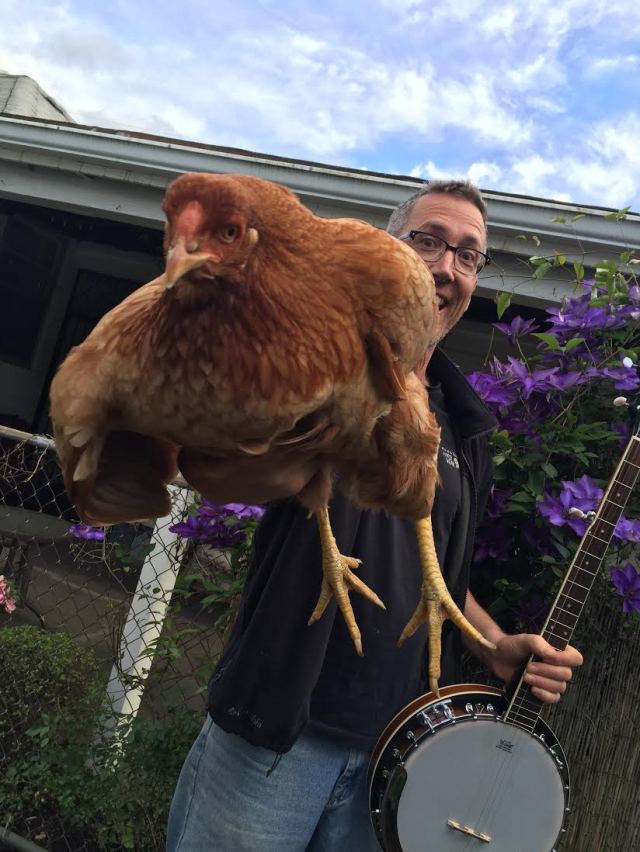 Shane celebrated (?) 19 years of employment with The Home Depot. Not part of our grand plans when we first met, but it has been good to us in many ways. It’s kept a roof over our heads, and enabled Shane to put me through nursing school, and brought many amazing friends into our lives.

I marked 6 months at my new job. The honeymoon ended with a lost bid for Spring Break with my kiddo, due to being the newbie with zero seniority. The 7th month rolled in with the spring rains of Portland, and an ever increasing workload.

And then, someone broke into my office. Is nothing sacred? 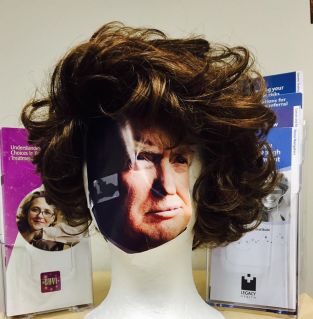 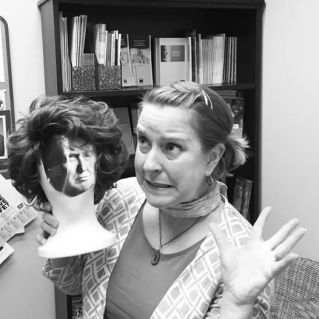 Which actually handed me what may be my best April Fools joke ever, on a delicious silver platter.
A Friday afternoon e-mail to my manager, after I had spent a tough morning on one campus, and then driven out to my main office east of Portland:
“OK, enough is enough.
After all that today, I get out to Gresham this afternoon, and find that the RadOnc staff has broken into my office.
See attached photo.
I’ll be filing a complaint for harassment with HR.”

The truly beautiful part, was that my manger had already left her office for the weekend, and read my e-mail from her phone, but was unable to open the attached photo.

Thanking my lucky stars that she has an excellent sense of humor. And yes, challenging as it is, I am still enamored with my new job.

Then I got to play a delectable 2nd April Fools joke on my manager. It was almost too much  fun. 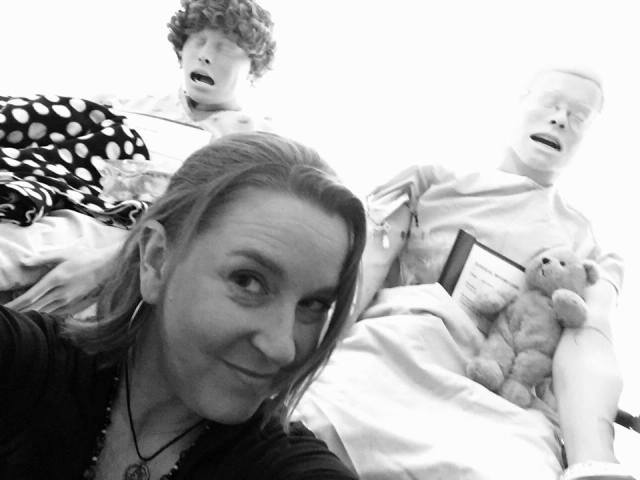 I’ve been volunteering for Home Health Hospice via Providence Hospital for over a decade. I started doing home respite care when I was trying to get into nursing school, and have stayed on in a limited role over the years. Mostly what I do now, is volunteer a Saturday four times a year. I help train incoming respite volunteers for a collaborative community training session for Providence, Kaiser, and my new employer, Legacy Health.
When I showed up for my Spring Saturday volunteer gig, I found out that they were in a huge pinch: the RN who was signed up for the paid portion of the training had called in sick at the last minute. And viola! From now on, I’m in the paid rotation for the quarterly trainings. It’s only $50, and I’d still do it for free in a heartbeat. It’s a feel-good thing. It’s given me much more than I’ve given it over the years, but hey. 50 smackeroos are nothing to sneeze at.

So of course, I couldn’t resist the temptation when I saw my manager the following Monday morning to tell her that I had been offered, and accepted, a paid position with Legacy Hospice. (Again, thanking Lucky Stars. A manager who can take a joke, and enjoys a good laugh, is worth their weight in gold.)

Meanwhile, I’ve been battling a Crohn’s flare. And weight gain. And fatigue. And a short fuse. And did I mention fatigue? It’s hideous. It’s like a hangover with no party.

So I carry on. I visit my hens every morning before I leave for work. I take delight in my son’s new discovery of classic horror films. I thank my husband for his kindness and hard work. I ask him, as I have since we were wed 18 years ago, “Do you keep me?”
He shakes his head, and smiles, and always replies, “Yes, I keep you.” 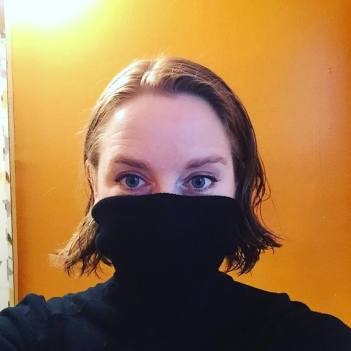 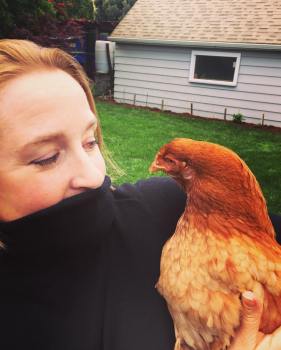 I'm Too Stupid to Travel